Fydal Crystal del Winepoint has become a full Champion in Slovakia, I am so happy and pleased for Lenka and Josi...........Crystal is from the second litter i had from SH CH Fydal Ava and Dual Champion Saregresi Pointerland Athos. I am one very proud breeder.
Crystals litter brothers are all doing really well in the show ring in the uk.

From the first litter from Jilly and Athos, there is one Dutch Champion and 3 others out of the litter have been awarded CC's in the UK..........The 2 girls Charley and Smurf have 2 tickets each and we hope they may get that all importnat 3rd to become UK Champions like their Mum x 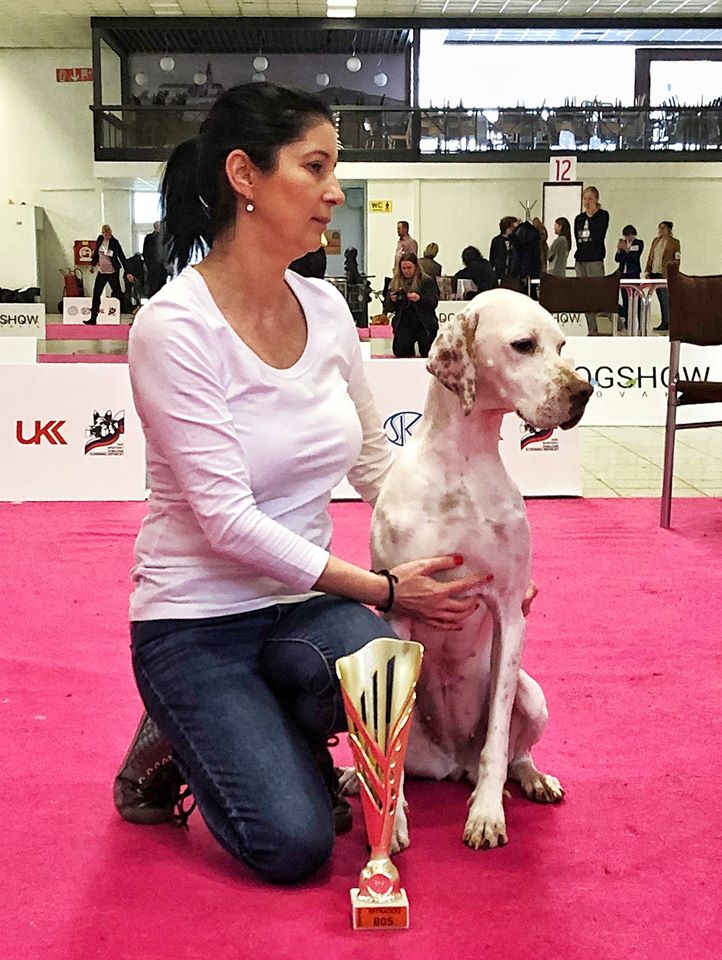 But before this Sh CH Fydal Ava, was awarded another 2 CC's in the show ring and as both were from the Veteran class it was so special.
March 2019 we tried to do her SWGC on the moors , we failed at this as she was hot hot hot and not steady on her birds, so this is a work in progress and her training has had to take a back seat due to me not being able to work with her.

Jilly's daughter Ffion had a lovely litter of 10 puppies, and Dezi , Casper and Crystal In The Czech Republic continue to do well in the show ring,as have Smurf, Buzz , Charley and Sophia in The Netherlands who are now 5 years old from Jilly and Athos's first litter...The rest of the puppies are doing really well and are adored by their owners,

On a sad note we lost our beautiful old Boy Toberdoney Fergus at Fydal and then his Brother Toberdoney Tweed also left us a few weeks later . Both boys almost made it to their 13th Birthday., Margaret and her family were devastated by Tweeds loss, she brought him to The Pointer Club of Scotland Ch Sh in October to see us , so it was lovely to have seen him again....
So sad as that is the end of the Toberdoney line .
We are now looking forward to a busier 2020.